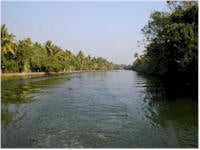 Kottayam is rightly called the land of lakes, letters and latex. Lake Vembanad and serene stretches of the Western Ghats make a beautiful layout in this piece of land. Meenachil river basin is considered one of the most fertile area in the country.

It has in its treasure the glorious memories of two major principalities of the eleventh century, namely the Vadakkumkoor and the Thekkumkoor. Lake Vembanad and the  exquisite Western Ghats are its boundaries on the western and eastern sides respectively.

The first Malayalam printing press was set up hereby Rev.Benjamin Beily in 1821. Kottayam is the centre of newspapers and periodicals. 21 percent of latex produced in the country is the share of Kottayam. This is the town 2which attained first hundred percent literacy in the country.