World is in a state of anticipation and shock about this dreaded viral disease. Nobody knows when and where it will strike next. It is easily spreading across the globe with migratory birds moving across regions and even continents carrying possible virus. 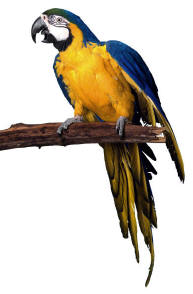 Bird Flu is the common name for Avian influenza and it infects mostly birds.

A strain of the bird flu virus called H5N1 is what currently causes panic among countries and people. The fear is that this virus will mix with common flu virus and a new strain, which easily spread from human to human, will emerge. That’s when the Govt’s across the world will face a human pandemic.

In 1918, a global pandemic known by the name Spanish Flu is estimated to have killed up to 50 million people.

From the millions of birds that succumbed to Bird Flu and many thousands more which were culled across the world, it is clear that countries dread this disease. Current efforts to stop the disease are focused on preventing import of birds from affected countries and culling of birds in cases where the disease is found. Once the disease has been found in an area health workers approach the surrounding area only in protective suits and this demonstrate the precautions required to move in areas where this lethal virus is present.

Across the world, so far about 60 people died from the disease and only those who had close contact with birds died from the disease. Also, so far the infection and human death remained mostly in South-East Asia. However, most recently there are reports from many European countries about the finding of the dreaded Bird Flu strain.

In humans, avian flu causes similar symptoms to other types of flu. Symptoms include fever, cough, sore throat, muscle aches, conjunctivitis and, in severe cases, breathing problems and pneumonia that may be fatal.

The latest on the human infection is that a man died In Thailand, raising the country’s death toll from the virus to 13. The man was a farmer who had cooked and eaten infected chicken, Also his seven-year-old son is in hospital with flu-like symptoms

World health organisation is the global body at the forefront of tacking any global human threat of a disease. They are observing the developments closely and regularly send teams to affected countries to understand the conditions there. They also provide information to increase awareness among people.

As far as curing the disease is concerned, it seems there is no way to cure it except that your immune system could fight it out in some cases. However a drug called Tamiflu is the best bet as of now to fight the disease. This drug is however manufactured by only one company in the world.