He is a joke turned to a miracle CEO

“Indian Railways is today on the verge of a financial crisis. To put it bluntly, the business as usual, low growth, will rapidly drive Indian Railways to fatal bankruptcy, and in sixteen years, Govt. of India will be saddled with an additional financial liability of over Rs. 61,000 crores. On a pure operating level, Indian Railways is in a terminal debt trap.” – Expert Group on Indian Railways headed by Dr. Rakesh Mohan – July 2001. 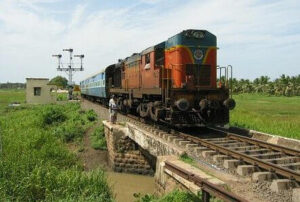 I wonder what Dr. Rakesh Mohan would be thinking today. From where he stood and at the time he undertook his study on the Indian Railway, it made perfect sense. We can’t blame him because committee must have been reporting based on the state of affairs prevailing at that time. No one expected such a great miracle Indian Railways business is today and that too to come from a joke that Mr. Lau Prasad Yadav was at that time.

Lalu Prasad Yadav was born to a poor family of farmers in Phulwaria, Gopalganj district of Bihar. On June 1, 1973 he married Rabri Devi who later went on to become his puppet chief minister.

Indian Railways is an amazing institution. Statistics tell us how enormous this organisation really is.

Saviour of a business and its employees.

Just like I shall attribute the past failure of Railways to the incompetence of the previous ministries, I shall connect Lalu to its phenomenal success today.

Today, Lalu Prasad is a revered man. He is educated as B.A LLB – No MBA from IIM not even a professional engineering degree. However, what he did, not only saved Indian Railways but also saved the 16 lakh (1.6 million) employees, other indirect employees, and all of their families from utter misery which would have been the case if that institution shut doors.

It is always the top mans achievement if a business turns for good and it is always his failure if it goes down the drain. Because it is he who takes all major decisions on the behalf of that business and its those decisions which takes the business to where it goes.

It is an achievement beyond comprehension. Some would say it is the achievement of SUDHIR KUMAR, IAS – Officer on Special Duty / Minister for Railways. I would say, NO! At least not first. At first, it is the achievement of Lalu Prasad himself who in the first place made the decision to bring in Sudhir Kumar and that very decision makes him deserve maximum credit. He also has surely guided his immediate team with clear vision and made sure they took their plans all the way down to efficient execution with conviction and perseverance.

Railways must have had brilliant employees in the past too. But the mere decision to make use of their brilliancy made the difference. Like how a business is lead by an Ambani or a Murthy, an organisation’s chief’s decisions and thinking makes all the difference between good business and bad business – the difference between success and failure. So do not try to attribute it to anyone else. The credit goes first to Mr. Laluji and then the rest.

But to my great surprise, he is always very humble and seen giving credit to all his employees for the Railways turnaround rather than trying to take it all himself. Many of our other political leaders are good at just one thing – taking credit.

The route to the achievement : common sense.

Fact that the captain left passenger fares unchanged and despite that achieved the remarkable turn from loss to profit is a story that excited the elite IIM at Ahmedabad who called him in for a lecture.

Later on he also went onto lecture students from top business schools such as Harward and Wharton. The growth in Railways is all around and there is great optimism for future. Last I red is the news that top executives are being sent to the worlds leading management schools for refresher courses by Laluji.

Railways always had its major portion of revenue coming from its freight services rather than from passenger transport. Hence naturally any turnaround had its eyes on improving its freight movement efficiency rather than focusing on the passenger side of revenue. Things they have focused to improve revenue are mainly said to be,

1. Increasing the load of existing freight wagons by eight tonnes,

2. Freight trains used to halt much more in the past – this has been reduced.

3. Frequency of checking wagons and tracks were reduced.

4. Wagons were loaded during a limited time in the past – round the clock loading of wagons were introduced.

All these steps which has been taken are not rocket science. Very simple things on the face of it! But the crux of the matter is the fact that those decisions were taken. They could have been taken before Lalu’s time. No one evaluated the situation before and Railways were condemned to death by imprudent politicians.

In successive Railway budgets over the years, fares were almost always increased to bridge the gap of loss that Railways kept incurring. Lalu not only kept the fares unchanged but also surprised everyone by decreasing it on occasions.

To those who say that he had appointed the best IAS officers in his core team and its their success, let me ask, really? Then why did not the previous ministers do the same?

Is it not his mind that thought this is the way to go by appointing a great core team below him. The same IAS officers were serving in various other positions and we have many IAS officers toiling under so many corrupt, vision less, idea starved, self centered politicians. Under their circumstances, they can’t or they don’t use half their brain and thus remain good for nothing.

When a business leader who has more than 16 lakh (1.6 million) employees on his roles achieves a turnaround, it is a great number of people and it is a enormously large business that he takes with him to success.

Bihar : The state of his state:

Everyone is aware about the state of Bihar state. He is known for moving Bihar to Kitchen politics by appointing his wife after he was framed with corruption charges against him.

It is perplexing that Bihar is a failed state even though it had been ruled and controlled by this phenomenal turnaround specialist for many years. The question many ask is, “if he is so great as a business leader for Indian railway, why he could not repeat that performance in Bihar?”.

In response to the current Bihar CM Nitish Kumar’s initiative to attract businesses to Bihar, he reportedly said “Who will invest in Bihar? If they invest in Bihar, they will be finished!” Probably, he knows all too well and more than anybody that Bihar can not be changed and he did not attempt it himself for the same reason.

I shall continue to look for those clues as to why this disparity between his runaway success with the Railways and utter failure and poor reputation inside Bihar exist, but as of now, I have no clue.

Even though his total failure in creating a better Bihar contradicts directly with his phenomenal success in turning around Indian Railways, I shall emphasize the magnitude of his success and the importance of his success with the Railways as not one to be considered a small achievement. It is an achievement which most among us including most IIM MBAs can probably not even dream of, looking at the sheer size of this organisation and the condition prevailed when he took over.