The key lies in balancing business and social responsibility

When I came to know from SAJA (South Asian Journalists Association) forum that a new business daily is coming soon, I thought how India is changing?

There is no wonder US president George Bush commented on the growth of Indian middle class recently. Foreign media giants are planning to invest in India. One couldn’t have imagined this in the past. But now the scenario has changed. In America, newspapers are falling apart; an American journalist recently commented that journalism “appears to be a dying business.” 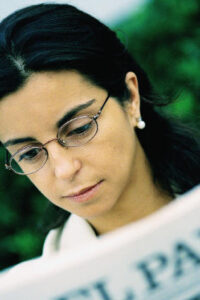 A recent study by Reporter Jennifer Saba reveals that the top US papers have lost a collective 1.4 million in daily circulation. But in India, print or broadcast, newspaper or magazine, are all growing. The change is exciting as far as a journalist is concerned.

In America there is one major national business daily. In India, that number is at six. The sixth one is coming soon. Pearson PLC, the UK publisher of the Financial Times news paper, is planning to start a daily business newspaper and join hands with a local partner Network 18 Media & Investments Ltd, the controller of  India’s largest business news television channel, CNBC-TV18.

India’s growing affluent middle class is the business target of this daily too according to sources. It is a paradox that in developed countries, newspaper industry is struggling and in India it is growing.

Indian law permits only 26% stake by foreign media. However, foreign media houses have an eye for their business in India. The collaboration of two familiar brands of newspapers would help in beating competitors, according to Pearson. Hindustan Times Media Ltd.’s business daily “Mint” also has a special arranged content contract with the ‘Wall Street Journal’, owned by News Corporation which is a tough competitor of Pearson. This is the general trend within the Indian media industry.

But when we analyse an in-depth study by a Fulbright scholar James Mutti on Indian media, democracy and press, still there are many unpleasant things to discuss. According to Mutti, Media is not playing a significant public service role. He suggests a new media model is needed, one which balances its profit motive with coverage of issues relevant to the poorer, weaker, voting classes. He believes that this could serve as a model for the developing world.

Centre for the Study of Developing Societies (CSDS) had conducted a survey in 2006 in which 26% of respondents reported regularly watching news on TV but 38 % reported they never had. 22% read newspaper regularly. 47% never did read newspaper.

When media is not focusing on issues that effects poorer and weaker sections of society, how can the democratic process be successful?

The researcher points out that the assembly election event in Uttar Pradesh last year. He said BSP of Mayawati didn’t get much media coverage. The party didn’t advertise too. Still, the party won in that election (2004 Loksabha election). This means majority of politically active citizens are out of the media influence.

A similar instance is the election verdict of Gujarat. Even Tehelka disclosure of Gujarat riot didn’t influence the electorate. Narendra Modi became CM again with a huge majority. These are the instances of the media losing influential opinion maker power.

Many serious issues related with hunger, agriculture, rural health care, education, and unemployment are untouched  by major media and they go behind sensational issues and glamour because the readers are middle class and they are not interested in these serious  issues.

When one examines the proportion of news coverage in major media, the sufferings of poor or downtrodden people are low and the glitz and glamour of the beauty pageantries, billionaires and Bollywood are far ahead.

In a democratic nation, the press stands as the strong pillars. Being the fourth estate, Indian media has a great role to assure public good.

Poor and downtrodden people should get justice. Their problems should be highlighted than entertaining the middle class readers. When media is becoming more and more infotainment, many serious issues are ignored. Vinod Shukla, the 67 year old Lucknow editor of India’s largest newspaper, the Hindi-language Dainik Jagran, opined that media too often abdicates its role as an educator in favor of being an entertainer. Balancing is the need of the hour. Media should stand for public good.