Milk is a multi-billion daily business in Kerala, thanks to the highest consumption by Malayalis. Ready to drink and slim fit variants are newly accepted avatars in the milk market. Consumers are highly concerned about the methods that keep milk products fresh for many days, even without refrigeration. But the question of quality assurance is still in deep waters. The state is not in a position to certify the quality of milk in a purely scientific and regular manner. As per the market analysis, Milma may face more tight competition from other private players in near future. They are ready to penetrate the market more powerfully, by adopting innovative measures.
Milk market in Kerala has been revolutionized since the arrival of a wide variety of milk and allied products from neighboring states like Karnataka, Tamil Nadu, Gujarat and Maharashtra. The monopoly of Milma is gradually disappearing, thanks to the infiltration of other private dairy firms.

As per Milma’s statistics, daily milk demand in Kerala is 11lakh litres and the production is 7.8 lakh liters only. The remaining three lakh is imported from the other states.

Highly placed sources in the dairy sector say Milma is deliberately providing space to other players without introducing innovative methods in all aspects of milk process to compete other brands at supermarkets.
Milma’s packaging method and longevity is comparatively less attractive than the major private players. Categorized marketing initiative like pure cow milk and low fat variants, with an awareness method has not been implemented by Milma.

Considering milk as an essential component in balanced diet, for providing calcium and milk proteins, many parents encourage their children to drink milk daily. While the availability of fresh milk in their locality is too low, the consumers turn to the supermarket to opt out one brand among the wide variety.

Customers are not fully aware of the quality maintained by the milk producing firms for its long shelf life.
The importance of milk in dietary is its unique role as a complete nutritious drink. 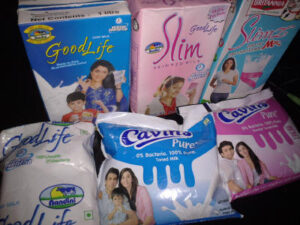 According to the manufacturers, the mechanisms adopted to keep it safe for many days is informed for customer’s sake and they have the right to check it properly before the purchase.

But the scientific terms and elements used in the milk packet are beyond the grasp of layman.

The urban women folk and children are behind the low-fat milk varieties, or single and double toned ones!
Many customers prefer fat free and cholesterol- free packets than the ordinary toned and homogenized milk, according to Sreejesh, a sales person at a Reliance Fresh outlet in Kozhikode.

The brands like Good Life are moving fast like hot cakes-he said. This brand claims to be pure cow’s milk with longer shelf life without refrigeration and it can also be consumed without boiling.
Amul, one of the popular names among the imported items since decades, has been a significant player in all milk products.

While Milma is considered as common men’s milk, the growing urban community looks the other side.
People have adopted the new variants from private firms without much promotional campaign. The state’s intervention to ensure the quality of milk is the only remedy of people’s doubts on variety of milks available in the market. 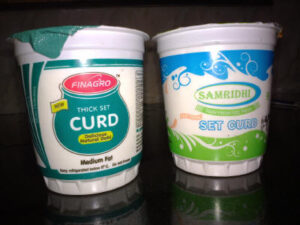 The authority to test milk samples for quality assurance and certification rests with the Food safety Commissioner. Earlier it was done by the Dairy Development Department. It is learnt that the department is not well-equipped with men and machinery to meet the increased demand in milk testing. There are charges that dangerous chemicals have been diluted in the milk to keep it fresh for many days without refrigeration.
Consumers are skeptic to know the actual picture of milk production despite of its beautiful package and equally persuading offers.

Apart from Milma’s traditional milk packets, many other companies offer pure cow milk, slim fit, homogenized, single toned and double toned varieties in the market. There are differences in energy, fat, cholesterol, sugar, protein, calcium, vitamin level in each company. While Cavin pure double toned claims 48 kcal of energy in a 100 ml pack, Good Life’s Nandini cow milk has 64 and slim skimmed 37 kcal of energy as per their data. 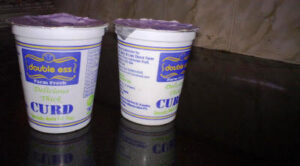 Britannia Slimz offers 34 kcal and Amrut pasteurized homogenized 60 kcal. UHT (Ultra High Temperature) flash boiled genre is the major attraction of Cavin pure and Good Life. Among all these competitors, Milma stands top in energy level with 72 kcal (green rich) ‘Some of the companies claim 99.5 fat free varieties to avoid cent percent declaration to avoid legal disputes. But how can we certain the promises are as perfect as its pretty tetra packets say, since we have not a professional system to test the quality’-asks a consumer rights protection activist in the city.