Story of environmental work by Prof.T.Shobeendran, former Head of the Department of Economics, from the Zamorin’s Guruvayoorappan College, Kozhikode.

Professor has been in the field of environmental activism since 1986. Initially, he had organized college students and made efforts to protect wild life. Since his retirement as the Head of the Department of Economics, from the Zamorin’s Guruvayoorappan College, Kozhikode in 2002, he has engaged full time on environmental and social activism to save our planet. Whether it is a campaign, awareness class, expert meeting, street protest; his presence would be there.

He is the member of Kerala Forest Development Board, Kerala State Wild Life Board and National Afforestation and Eco Development Board Management Advisory Committee. He is also coordinating all the environment protection organizations across the state.

A visionary with persistent willingness to fight for the environment, Prof.Shobeendran speaks to Calicutnet.com, the need of people’s participation to protect Our Mother Earth from all kinds of man-made hazards, which would otherwise put the life of the coming generation into peril.

He speaks on plastic hazards, global warming and underscores the need of awareness and public move against any kind of assault on our living earth and environment. His efforts on Organic farming initiatives have brought even foreigners to visit the farms and fields guided by him.

Recently Kozhikode has become the first Plastic Waste Free District of Kerala. He has been actively involved and leading his team of environmentalists for attaining the goal of Plastic Free Kozhikode, initiated by the district administration. MAP campaign has been in the nook and corner of the district with various programs.

“Actually this (MAP) is the brain-child of the District Collector. When he discussed the innovative and big idea with us, we offered our full support.  Step by step things turned to success. 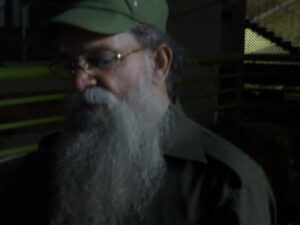 There was no specific fund for this project. But whenever a fund was going to be lapsed; the district administration utilized it for this project, utilizing the discretion power vested with them. When local bodies became unaware of operating certain funds, again the district administration facilitated them for diverting the fund for the benefit of MAP.

The project was begun with the vibrant support of students .As many as one lakh children along with teachers, social workers and people’s representatives came forward to join the campaign .They have pledged against use of plastic at Kozhikode beach and started the work. This is remarkably positive because youngsters who represent the future generation have become aware of plastic menace.”

This action is a role model for all the districts of Kerala and India.

It’s a historic move to save our environment with mass support. It is not an institutional project or an individual event but it is a mass action in such a big geographical area. Globally, it is a great venture. Real success of the program lies in proper disposal of the gathered plastic, finding viable alternatives, and continuation on the ban on usage.”

As part of the great project, there were road shows, publicity campaigns and formation of human chains. People’s participation from grass root level is the essence of this initiative.

He explains how the project work and how the remaining plastics would be removed from households:

“Children collect the plastic waste from houses and bring to schools where the bulk collection would go to recycling units.

Besides many Voluntary Organizations and Residential Associations collect plastic wastes.

Merchant community and industrialists came forward to support our campaign. They promised to avoid the production and sale under 30 microns. So the harmful plastic products will not be available in the market.

Powerful awareness campaign against plastic has been strongly implemented. So people don’t buy or keep plastic carry bags. Gradually people won’t get the plastic as the production and distribution has stopped.

Lakhs of rupees have already been spent for anti-plastic awareness program during the last three months. Around 60 classes have been conducted.

“The upper layer of soil (top soil) is the epic centre of life. As many as small beings (micro organisms) and the most fertile segment of the soil profile are here in the top soil. Plastic waste being non-degradable remains as such and spoils this vital area by preventing free flow of water (infiltration and percolation) and air. So the soil becomes unhealthy and less productive. The growth of plants is severely affected. It will bring down the productivity of the soil. The health of soil is lost. Gradually, soil dies. Uninterrupted flow and replenishment of water in top soil is necessary to maintain soil fertility.

The free flow of air from earth to atmosphere and back is blocked by the plastics. The blockade in the free current of life-breath and life-water affects the life of soil.

Worms, insects, earthworms, black beetles and various kind of small beings move freely through top soil and this movement keeps the air passage of soil active and energetic. Not only passage of air and water, but the very life of soil microbes gets affected by plastic menace.

The roots of plants are also distributed in topsoil. Each and every plant has a latent energy or power generated by birth. They can’t go beyond that capacity. When the roots search for space and penetrate more, its energy gets diverted due to plastic obstacle, and this lowers their strength in getting properly established. Later, that gets reflected in reduced production of flowers and fruits.”

Indiscriminate disposal of plastic wastes all round has been the indiscrete or rather irrational action of the present generation. If the same process is imitated and repeated by the next generation, Mother Earth will be a big heap of plastic wastes and water flow will be interrupted. In short, life in our planet will be tormented.

Plastic waste becomes the breeding and growing centers of mosquitoes during rainy season. This is detrimental, especially in s densely populated state. We are already facing many health hazards spread by mosquitoes; especially many kinds of fever. We are only aware of the diseases that catch humans. Who knows the kinds of disease that affect other living beings?”

On Global Warming and Climate Change Talks and Negotiations:

“The deterioration of soil causes the decline of plants. This makes unhealthy and inefficient flora, in populated areas. Extensive deforestation over long periods adds to this. The decline of plants and trees causes global warming. The quantity of oxygen produced from decayed plants is reduced. The top soil especially the top one foot is extremely related with our life. This area is mostly affected by global warming.

To get liberated from global warming, Afforestation is the remedy; it means that we should have more plants and trees.

There are other initiatives to protect sacred mangroves and conventional water sources. With the help of local bodies, rain harvesting system has also been made more intensive.

Society now has many environment based activities and thoughts. This is a positive sign. Globally, similar thoughts and actions are going on.

In the name of development, we are marching towards destruction. Majority are ignorant of the matter. So awareness is inevitable.

As he spoke, I recalled slogan of Smt. Medha Patkar, voiced years ago…”Vikas Chahiye, Vinas Nahim…We need development, but not through destruction!

We should think about our coming generations. Without having fertile soil, fresh air and pure drinking water, posterity will be at an entire loss. If there is one word to save our planet, in global summits on climate change it is a success.

The matter is not the climate fund or other complications…

The primary need of the hour is creating awareness at the grass roots. We all should work together for a better tomorrow”-says the Professor with determination.