Silent Valley under threat once more

Silent Valley has once more become a hot topic not only of the state but of the entire world. The very existence of this rare rain forest is once more under serious threat. 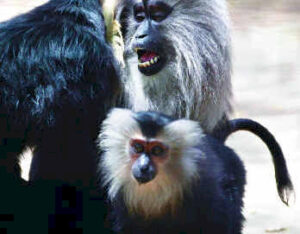 The government has at last given approval ignoring the public concern for the ‘Pathrakadavu-hydro-electric project’ which is infact the ‘Silent Valley Hydro Electric Project’ in disguise. Which was compelled to be dumped due to the over-whelming protests and agitations of the global society. What surprises most people is that the approval is given by the government led by the one and only V. S. Achudananthan who had earned the admiration of the public while at apposition for his timely and effective intervention in matters concerning the public.

The decision looks a bit fishy when you know that it was taken at a time when the Forest Department had submitted a report justifying the anxiety of the environmentalist that the proposed project would effect the Bio-diversity of the valley adversely. Earlier the government had tried to float the Silent Valley Project a second time which they were compelled to wrap up again, a reason which is believed to have induced them to rename it Pathrakadavu project.

The Experts have already pointed out that Pathrakadavu project would create the same extend of damage to the reserve as the Silent Valley Project would have. There are also opinions that the delay in declaring a Buffer Zone around the valley (which the experts believe is urgent to keep the forest alive) has something to do with the Pathrakadavu project which other wise would have been in the proposed Buffer Zone.

But what triggers such wide-spread Protests when something threatens the valley? what is so unique of this forest? Silent valley is situated in Niligiri mountain ranges which lies in ‘Kanamangalam’ and ‘Payyanad’ of Manarkad’ taluk of Plakkad district of Kerala. Silent Vally (Sairandree vanam according to ancient scriptures) which is situated 1100 Mtrs above sea level is blanketed by a rare and dense rainforest.

The unique geographical and plantation features help this area enjoy dense rainfall of about 4500 to 7500 millimeters which inturn builds and maintains the unique eco-system of the valley. The valley has a glorious history of being a part of the ever green forest belt ranging from Wayanad to Palakad mountain rages. But now is diminished into an ‘Ecological Island’ of 89.54 sqkms of which 70 sqkms is covered with thick evergreen rainforest.

The forest is so thick and diverse that an acre is calculated to house about 84 different plant species. Considering this highly sensitive area, the U.N.O had declared Silent valley which is the core of ‘Niligiri Biosphere Reserve’ as the area which needs highest preservation in the world. The world actually had no idea about the Bio-Diversity of this valley before 1977. But the study on lion-tailed monkey – an endangered species published in 1977 by two foreign researchers Steve Green and Minovski attracted the attention of the world to this paradise for the first time after which a number of researches were conducted in the area by many institutions and individuals including the forest and environmental department of Kerala and the Zoological Survey of India.

The research identified 315 different Animal species out of which 28 were entirely new to the scientific world. The researches have also identified about 34 different mammals in the valley many of them are endangered such as ‘Lion-tailed monkey’, Tigers, wild Buffaloes, Bears, Elephants and all those found in south Indian forests. Many rare species like ‘Peshwa’s Bat’, Blyth’s Horse Shoe Bat’, ‘Brown Plan Civet’, ‘Brown Mangoose’, Niligiri Thar’ and many more reside in this valley.

Hundreds of butterflies and night flies and about 220 species of Bugs and Betteles include those identified till now. A great number and variety of rare and poisonous snakes are also found here which include King Cobra, Ornate Flying Snakes and Brown Whip Snakes. The 30% of the Flora found here are Endemic, are found only in these forests. These forests are described to be Genetic libraries of many plants that are cultivated by human, many close relatives of such plants can be seen here. The silent valley forests which spread in a mere 89 sq kms is home to more than 2000 plant species of which 1000 are floral, 107 are orchids, 56 are rare grass varieties and 60 species are endangered plants.

Above all these it is this rainforest that keep “Kunthi River” which is the major source of “Bharatapuzha” alive and vibrant. The 20-25 kms of Kunthi river flow through this virgin rainforest untouched by human. Making it the second such river in India other than those raising from Himalayas. This river is also home to 12 different species of fishes out of which “Homa Loptera Pillai” and “Garra Menoni” are new to the scientific world. This river is also the source for drinking water and irrigation in Malapuram, Thrissur, and Palakad districts which means anything that deters its flow is going to spell disasters to these districts.

Nothing can take the place of Silent Valley and it must be preserved by any means. ‘Pathrakadavu-hydro-electric project’? a big NO!

Touching article on Life in Iraq